The majority of links are considered to be commercial in nature, according to a new research.

Dan Petrovic, aka @DejanSEO, has just published the results of a quantitative study of 2,000 web users in the US and Australia. It was set up to discover perceptions about why web publishers link out.

Accordingly to the research, more than 40% of users think that outbound links from one web page to another are there because they generate revenue for the publisher.

‘Marketing Advertising & Revenue’ was seen to be the number one reason why a link exists, with almost a third of users expecting there to be some kind of commercial arrangement in place.

‘Promotion, Relationship & Sponsorship’ was chosen by a further 9% of respondents. Money, money, money.

Meanwhile, just one in five people recognised links as organic citations to help stand up the information on a web page. All in all, the analysis of the results found that more than half of links exist for commercial reasons, with only 34% seen to be non-commercial.

Classifying the different types of link

I really like Dan’s classification of links, which now straddles 10 distinct areas (though there is a good amount of cross-over). They are as follows:

Further details on each of these link types can be found here. For example, you might file that outbound link under ‘expansion’, because it’s there for further reading and insight into this topic.

Dan makes the point that since many of these link types overlap, it can be hard to spot the true intent as to why a link exists.

Some links that look natural – and which are genuinely useful – might actually be there because of some business or personal relationship. That doesn’t automatically make them sketchy. It’s just human nature.

Of course Google doesn’t necessarily see it that way. Many people fear the dreaded manual penalty and go the extra mile to neuter links, even when they have perfectly valid reasons to point visitors to their friends and siblings.

“I see a lot of websites nofollow links to their partner websites, sister companies and various other forms of affiliation because they were told to do so by their SEO or even someone in Google’s webspam team.

“This sort of madness has to stop. If commercially-driven links exist on the web organically then they’re organic in nature and shouldn’t be treated as ‘clean-up material’ nor should those links be penalty-yielding.”

I’d love to know the gap between how users perceive links and the actual reasons why the author / publisher put them in place. Presumably it is quite large…

What do you think? 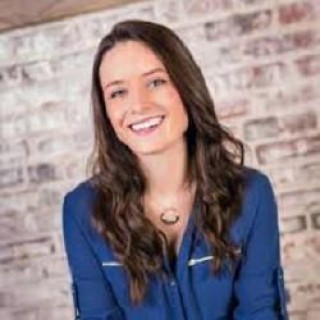